The Amalfi Coast is nowadays one of the beloved places of the Mediterranean and declared by Unesco as the World Heritage sites for its uniqueness and beautiful natural landscape. The Amalfi Coast or Cotiera Amalfitana is a small coastline in the Salermo Gulf on the Tyrrhenian Sea.

The Amalfi Coast is famous for its production of Limoncello liqueur and is because they have a very special lemon known as sfusato Amalfitano. The natural beauty of this incredible part of Italy drive tourist from all over the world. The breathtaking coastline with terraced vineyards and Lemon trees gives an enchanting view, of the town.

The best way to travel to the Amalfi Coast is by arriving at Naples Airport Capodichino and take a train that connects Naples with Salerno and Sorrento. Another way to reach the Amalfi coast is by boat, either way, visit The Amalfi Coast should be a number one on your list.

The main town is Amalfi, of course, but you can travel around and discover Ravello and Positano. Amalfi was one of the first Maritime Republics of Italy and had for a longer period of time the monopoly of trade with the East.

Atrani: is a charming town with a natural amphitheater on the sea and is located at the mouth of the Valley del Dragone.

Positano: Is well known for its staircases and house that follows the natural course of the mountain that creates a vertical landscape.

Scala: is one of the oldest towns in Amalfi, that still preserves its quiet and peaceful atmosphere.

Where to stay in the Amalfi Coast

When traveling to Amalfi from Salerno following the Amalfi Drive, passing by Vietri Sul Mare, Cetara and Maiori, Minori and Atrani, only a few minutes away from the town, Hotel Santa Caterina opens up in front of you in all of its beauty. A precious gem, hewn from a cliffside of the staggeringly stunning Amalfi Coast, perched in the front row and boasting spectacular coastal views.

Santa Caterina in Amalfi is a liberty-style villa from the first 1900s, precisely from 1904, born as a hotel-holiday residence with only six bedrooms. Since the very beginning, the project was to realize a family and intimate hotel in the spectacular setting of Amalfi, unique and inimitable, with understand luxury.

Over a century later, it is now included in The Leading Hotels of the World, and the villa vibes of when it was first founded – intended as a private and prestigious residence, aimed at offering luxury hospitality – still endures and is the establishment’s feather in the cap.

Owned and managed by the Gambardella family for over four generations, this lush estate rests on the rocks and unwinds down to the sea in a series of lovely, landscaped terraces, yet preserves its home-like charm and is sprinkled with astonishing gardens, orchards and citrus groves, ready to lend themselves to a quiet moment while enjoying breathtaking views on the Gulf of Salerno.

Attention to details and impeccable service are the hallmarks of Santa Caterina, which stands out from other 5-star establishments in Amalfi for its unique location overlooking the sea and for the private descent that leads directly to its beach club.

The Amalfi Cathedral is located just 1 kilometre away from the hotel, which is immersed in the wonderful green grounds, where one can explore and discover a variety of trees and shrubs typical of the Mediterranean shrubland, as well as exotic plants and flowers, such as the dwarf palm and a rare species of fern, the Woodwardia radicans.

The hotel consists of 66 bedrooms, which all differ from one another thanks to rich details that make them unique. The romantic environments, surrounded by orange groves and luscious bougainvillea, has not gone unnoticed by great artists and film directors, such as Elizabeth Taylor and Richard Burton, who, right here, began their relationship while filming Cleopatra. Other personalities, such as Ingrid Bergman, Anna Magnani, Catherine Deneuve, and Meryl Streep, who often vacations there, or even Brad Pitt & Angelina Jolie, who publicly announced their relationship while shooting Mr & Mrs. Smith. More recently, Santa Caterina has been the destination of choice for other celebrities, including Jessica Alba, Eva Mendes, Susan Sarandon, Samuel L. Jackson, Bono Vox, Sting, Tim Roth, and many others In 2018, the travel section of the New York Times included Santa Caterina among the best receptive establishments where to relax. Similar remarks echoed at the end of 2018 in an article for the Sunday Times by Mrs. Fiona Duncan. And even Forbes mentioned the hotel as one of the top destinations for a vacation in the Amalfi Coast.

Each room is different from the next, both in furnishings and location: some offer views over the villa’s magnificent gardens, while others boast private pools and panoramic balconies overlooking the sea. The interiors are all individually decorated with a careful selection of antique furniture, family heirlooms, and ceramics from nearby Vietri, and the bathrooms are lined with marble and majolica, completing the sophisticated elegance of the guest rooms. Even more spectacular and evocative are the outdoor areas, where guests can choose between two elevators cleaved out of natural rock formations and a wondrous path that crosses through citrus groves and luxurious gardens to reach the seaside facilities, which include a saltwater pool, terraces for sunbathing, a fitness center, a café/bar, and an open-air restaurant. The Suites offer grand balconies and terraces dropping sheer to the sea, as well as a small private garden lined with lemon and orange trees. Fine wooden furnishings and multi-colored ceramics from Vietri characterized the interior décor, providing guests with a sensation of beauty that is typical and unique of ancient Mediterranean villas.

Suite Follia Amalfitana: immersed in the delicate scents of the orange and lemon groves, it offers an enchanting panoramic view of the Amalfi Coast. The living room features large windows, letting in lots of natural light, and the flooring is realized in emerald green ceramic tiles; the bathroom features a sunken, round whirlpool tub while the bedroom presents a shell-shaped king-sized bed; outside, the terrace is equipped with sun lounges. The heated infinity pool found in the small garden below the terrace allows guests to fully enjoy the vastness of the sea in front of them.

Suite Chalet Romeo and Juliet: it opens on an intimate, circular terrace overlooking the sea; on the same level are a king-sized bedroom and master bathroom, with a Jacuzzi bathtub, while the ground floor features a second bathroom, a terrace and a small private garden with a heated infinity pool.

The Torrino: overlooks the Hotel’s botanical garden on one side and the Gulf on the other. Worthy of note is the circular Jacuzzi tub, adjacent to the king-sized bedroom facing the balcony.

Three villas have been recently purchased, situated at about 150 meters from the main structure and surrounded by an organic citrus grove and holm oak, juniper and broom trees, typical of the Mediterranean vegetation. Here, we can also find many bergamot plants, a species that is hard to cultivate in the Amalfi Coast region.

These three new structures will be mainly used for exclusive events and banqueting, but will also feature bedrooms and suites. Two of the three villas are already undergoing restoration and will be ready to host events starting from the upcoming season. Santa Caterina in Amalfi is one of the few coastline hotels with a private descent to the sea. The beach club is easy to access by two comfortable elevators cut into the rock, or following the typical stairs that tumble down to the sea. It is characterized by large sundecks and bathing platforms, a saltwater heated pool, and the “Al Mare” Restaurant; the ideal solution for either a quick bite or scrumptious fish-based dishes, fresh from the sea.

Santa Caterina features two restaurants, both guided by the masterly hand of recently appointed Chef, Giuseppe Stanzione, who has already been awarded a Michelin star for his work at Le Trabe, in Paestum.

“Al Mare” offers Mediterranean cuisine with great harmony between aesthetics and taste: from fresh grilled fish featuring to fragrant, wood-oven baked pizzas, homemade pasta and many seasonal dishes. The tables all look over the sea, allowing guests to fully enjoy the stunning scenery.

The wine list is broad and presents a careful selection of both Italian and international wine excellences. The section dedicated to the regional territory is compelling and varied, conceived to illustrate and discover the many peculiarities of this interesting wine area. Particular attention is given to Italian bubbles, as well as the inevitable French labels, available in the different formats.

Both restaurants are open even to non-hotel guests. Chef Giuseppe Stanzione: born in Salerno, 1978, he graduated from a hospitality training institute in 1997 to then carry out many professional experiences, both in Italy and abroad, in a long tour between California, Australia, China, and Thailand. After returning to Italy, he expanded his experience working in the kitchens of Convivio Troiani* in Rome with Chef Angelo Troiani, and then at Locanda Solarola** in Castel Guelfo (BO) and Ristorante Arquade** in Villa del Quar di San Pietro in Cariano (VE), both captained by Chef Bruno Barbieri.

In 1880, Giuseppe Gambardella built the original building. His son, Crescenzo, restructured the property in 1904, realizing the first six guest bedrooms. Two generations of Gambardella’s have continued to passionately work on the amplification and renewal of the hotel structure, until reaching its current size, featuring 66 bedrooms and suites. Today, the daughters of Crescenzo, Giusi and Ninni Gambardella, with the help of their children, lead the daily activities of the hotel and personally attend to everything that can make the stay of their guests as pleasant and comfortable as possible. 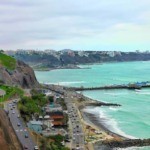 TRAVEL GUIDE: HOW TO TRAVEL IN TIMES OF COVID-19